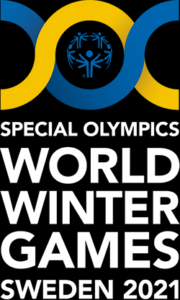 It was a golden day for city teenager Rachna Singh, who bagged two silver medals at the Special Olympics Sweden Invitational Games 2020 after having spent just four years in the rink. She stood second in the 111m and 222m short-speed skating events, held from February 1-4 in Ostersund, Sweden. The dyslexic teenager was among over 450 athletes from 19 countries who participated in the Games.

“This is my first win at the international platform. It’s a bit disappointing that I couldn’t win a gold medal. The competition was tough, but I wanted to perform as I knew winning at this level would mean a lot to me,” said the iron-willed girl who had taken to skating just four years ago.

Her father Kuldeep Singh, who is a head constable in Gurugram Police, said her interest in skating developed when she changed schools. “Initially, Rachna was not coping with peer pressure and what was being taught in her school because of dyslexia. So, I decided to put her in another school. Here, she developed an interest in skating,” said Singh, who goes to great lengths to afford her daughter’s private coaches.

“My friends would make fun of me. They would often taunt ‘what can this girl do?’. When I changed schools, I saw a group of girls skating and that’s when I decided that I too would skate,” said the 14-year-old, who studies in class 7 of a private school for children with learning disabilities.

In the next two years, Rachna bagged many inter-school skating competitions. This convinced her father that she had talent and needed special attention to polish her skill.

Singh said he ensured Rachna got training from the best coaches in the city despite his limited means. “Every weekend I take Rachna to a private ice rink in the city, where she skates for four to five hours,” he said.

Having won two silver medals, Rachna has qualified for the World Special Games, which will be held in Sweden next year. “Now, my focus is to win a gold medal in the World Special Games. I will work on my game and make sure that I don’t come second again,” said Rachna, who was selected to be part of the two-member Indian contingent for the Special Olympics 2020. Besides Rachna, the other player was also from Haryana.